She is all a soloist should be.
Toronto Star
Precise attacks, excellent ensemble playing and energy… One would think oneself magically transported to the blessed era of the Solisti di Zagreb… passion, presence… The musicians’ smiles are contagious.
Le Devoir (Montreal)
Angèle Dubeau and her gifted ensemble of musicians play with such radiant warmth and sensitivity that it is impossible to imagine the work better performed.
The Strad (London, UK)
Dubeau plays everything with alluring sweetness and sophistication and her colleagues match her tender, inflected playing note for note.
Gramophone (London, UK)
Regardless the format, Angèle Dubeau is formidable.
The Gazette (Montreal)
If Angèle Dubeau and La Pietà didn’t exist, we would need to invent them!
Le Soleil (Quebec City)
Dubeau is an exciting, dynamic fiddler… The performances were consistently robust and inquiring, taking nothing for granted… Dubeau’s well-drilled band played with agility, power, a nicely weighted sound and a fierce joy in the doing.
Los Angeles Times
Rich and vibrant, and performed with a passion.
BBC Music Magazine (London, UK)
This ensemble has everything. Lyricism? Got it. Excitement? Got it. Style? Got it. Élan? Got it. Enthusiasm? Got it. It's the hottest chamber ensemble around.
Soundstage Magazine (Ottawa)

Angèle Dubeau has pursued a career as a classical musician for over 40 years and has played in as many countries, always with the same passion, zest and generosity. Beyond her virtuosity as a musician, this exceptional woman has other qualities that have earned her a special place in the hearts of her audiences. While her virtuosity and musicality have won over critics, audiences adore Angèle Dubeau for her captivating music, her uncommon gift as a communicator, her generosity, and her outstanding ability to connect with listeners. She has garnered many awards over the years, and she is one of the few classical violinists in the world to earn gold records. She has sold over 600,000 albums over her career, and works from her discography have been streamed over 115 million times in over 100 countries.

Angèle Dubeau has had an exceptional career. At the Conservatoire de Musique de Montréal, she received a First Prize (master’s degree) in violin at age 15, studying with Raymond Dessaints, and a First Prize in chamber music at age 16. She then moved to New York City to study with Dorothy DeLay at the prestigious Juilliard School of Music and, from 1981 to 1984, she studied in Romania with the eminent pedagogue Stefan Gheorghiu. She has won several national and international competitions.

Angèle Dubeau is as deeply convinced as ever of the need to guide the general public to a better understanding of music. She devotes herself to making it accessible by reaching across borders, generations, and backgrounds. “I like to think that music is a universal treasure that almost everyone can share,” she explains. In addition to the numerous concerts she gives, this truly passionate musician communicates her love of music and culture through televised music programs for young audiences, popular concerts, and the Fête de la Musique de Tremblant, a festival she founded over 20 years ago that features Canadian artists and their works and attracts over 40,000 music lovers annually. “Contact with art opens up our senses and colours our lives,” she affirms.

Driven by a desire to innovate, Angèle Dubeau founded La Pietà in 1997, an all-woman string ensemble featuring some of Canada’s best musicians. What she could not have known at the time was that this experiment, originally conceived for the occasional recording, would gradually become a full-time occupation. From early on, the ensemble earned a solid reputation, playing Canada’s most prestigious venues and on television. Known for their virtuosity and precision, their rich interpretations, and above all the contagious joy that enlivens their stage presence, Angèle Dubeau & La Pietà have crisscrossed the world for almost 25 years.

For her talent and her exceptional contribution to the country, Angèle Dubeau has been appointed and has received:

These albums were awarded: 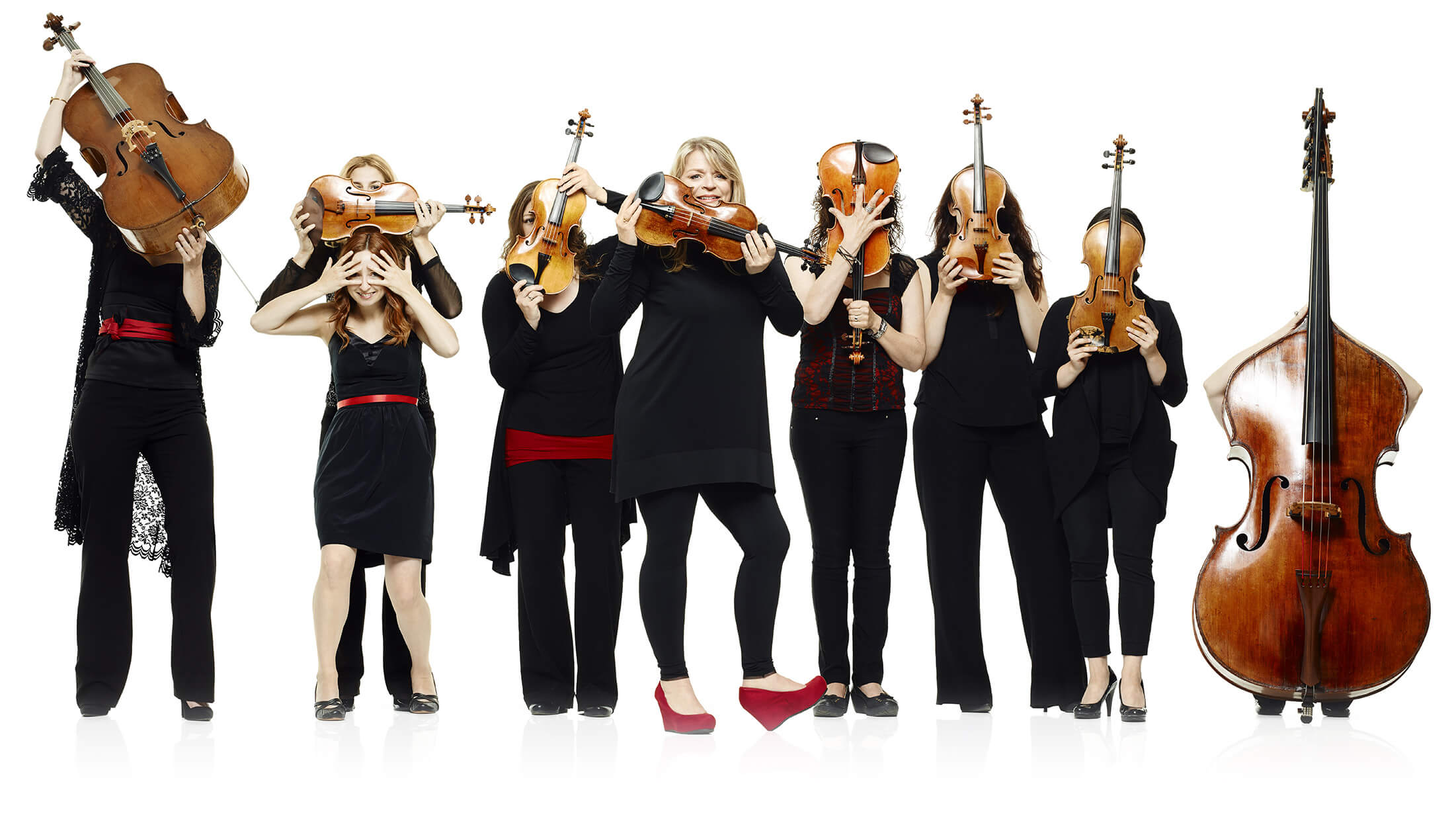 Driven by the desire to innovate, Angèle Dubeau founded La Pietà in 1997, an all-woman string ensemble featuring some of Canada’s best musicians. What she could not have known at the time was that this experiment, originally conceived of for periodic recordings, would gradually become a full-time occupation. From early on, the ensemble gained a solid reputation, playing Canada’s most prestigious venues and on television. Known for their exceptional virtuosity and impeccable precision, their rich interpretations, and above all the contagious happiness that enlivens their stage presence, Angèle Dubeau & La Pietà have crisscrossed the world for over 20 years.

Angèle Dubeau & La Pietà is a non-profit organization founded in 1997. La Pietà’s mandate has never changed: Perform and release exceptional music to the widest audience. The orchestra draws from a broad range of cultural influences, but whatever the repertoire, it focuses on uncompromising excellence of performance. The orchestra’s ever-growing audiences enjoy its performances of original, diverse, and refined works in both classical and contemporary traditions.

From the start, La Pietà’s mission has concentrated on an ongoing quest for virtuosity, aimed at making outstanding music accessible to all audiences while offering new repertoires drawn from a wide variety of musical influences. Invariably acclaimed by critics and audiences alike, La Pietà performs its programs on national and international concerts and makes them available worldwide on physical and digital media.

Like the Venetian orphanage Ospedale della Pietà, La Pietà is an ensemble of strings and piano made up entirely of women. The orchestra’s musicians come from our best schools and are among the finest performers in the country. A prominent violin virtuoso, Angèle Dubeau remains the artistic director of the orchestra she founded in 1997. An extraordinary artist, Dubeau has nobly represented Canada, garnering numerous national and international awards along the way. A visionary leader, she constantly pursues the goals of excellence and artistic boldness.

Since the group’s founding, Angèle Dubeau & La Pietà have recorded 20 albums, all of which have topped the Canadian charts. By recording period works from a variety of styles and composers, La Pietà has been able to appeal to a broad audience and earn a loyal following. Over the years, Dubeau’s  talent for creating programs with engaging themes has proved to be a competitive advantage for La Pietà. When put on stage, these thematic programs are guaranteed to draw audiences to the group’s concerts, and they provide an exceptional showcase through international promotion.